5 Feminist Albums That Got Us Through August 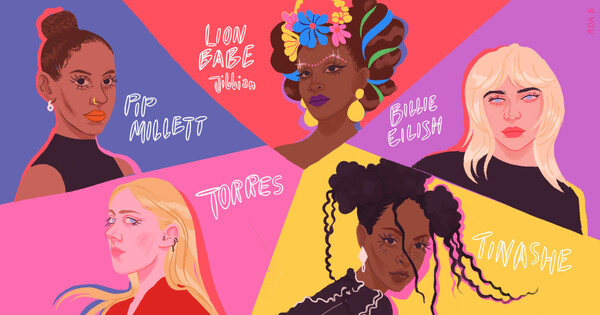 Cleo Sol’s latest album is a spiritual experience. It’s also deeply personal. The album sounds like something you should have permission to listen to, but the West London–based singer graciously gives listeners an expansive view of her innermost thoughts. As its title suggests, Mother is inspired by Cleo Sol’s experience with motherhood: “I became a mother this year, and it’s been the most transformative, uplifting, heart melting, strength giving experience thus far that led me to write this album,” she wrote in an Instagram caption prior to the album’s release. And, like any new mother, Cleo Sol yearns for support. But instead of crying out for help, she sings about how her spirituality has saved her from dark times, and she encourages her newborn child to follow the same practice. “A mother’s love will protect you from only so much/ People change, so put your faith in God,” she sings on “Heart Full of Love,” one of the album’s highlights. Its gospel-soul production is reminiscent of something one would hear during a church’s worship service, and it encapsulates the album’s essence—finding solace and strength in motherhood. Throughout Mother, Cleo Sol reflects on times when she lost herself and wonders if she’ll pass that trauma on to her child (see “Build Me Up,” “Don’t Let Me Fall” or “We Need You”). But through love and spirituality, she’s able to find peace. After all, motherhood saved her.