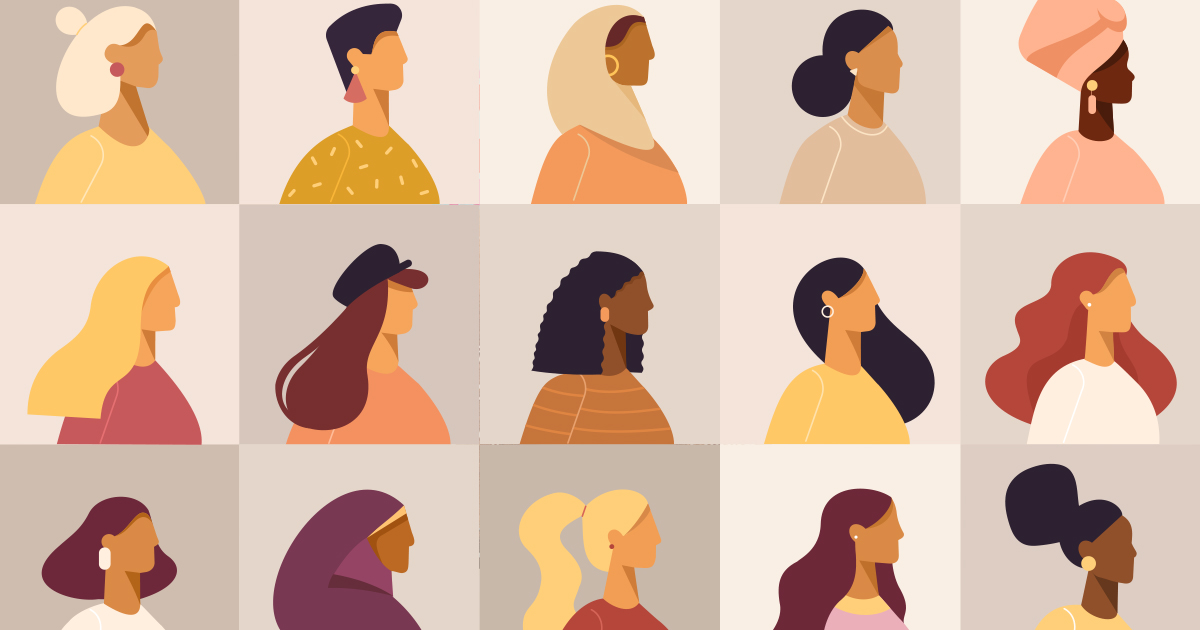 
On Sept. 1, the most restrictive abortion law in the United States, took effect in Texas. Senate Bill 8 (SB 8), known as the “fetal heartbeat bill,” makes abortion procedures illegal in the state of Texas after the first detection of fetal cardiac activity, unless there is a medical emergency. SB 8 impacts at least 85 percent of abortions that occur in Texas, basically wiping out abortion access in the state altogether.

The bill underwent a lengthy battle in federal court, where it currently remains. The Supreme Court could have temporarily paused enforcement of the law but decided against that in a published opinion that was released late on Sept. 1. With numerous state laws introducing new abortion restrictions and the Supreme Court set to hear a separate abortion case later this year, abortion rights will continue to be a major topic in the coming months.

Some context: Abortions have been performed in the U.S. for hundreds of years

Abortions have been performed in the United States since colonial times, and until the latter end of the 19th century, it was legal up to the fourth month of pregnancy. In 1821, Connecticut became the first state to pass restrictions on abortions, spurring a sweeping anti-abortion movement by physicians who wanted to shift reproductive health care away from midwives and homeopathic medicine. By 1900, all 45 states at the time had passed abortion laws, and access to safe abortions was significantly limited.

In the 1960s, restrictions on abortion access became a point of contention after 28-year-old Geraldine Santoro was found dead in a Connecticut motel room after trying to terminate a pregnancy on her own. Because of limiting state laws, unsafe abortions were prevalent, and feminists in the second-wave feminism movement saw access to abortions and contraceptives as key civil rights and health care issues.

As advocacy for abortion access intensified, the United States Supreme Court took a bold stance in 1973 by making abortion legal in the entire country. In Roe v. Wade, the Court held that the right to choose is a privacy right protected under the 14th amendment of the U.S. Constitution. The decision provides a breakdown of abortion access depending on the stage of pregnancy. In the first trimester, abortion access is unrestricted. In the second trimester, states can regulate the point at which abortion occurs, but abortions cannot be denied to patients. In the third trimester, the Court determined that states may restrict abortion access once the fetus reaches viability, which is when a fetus can survive outside of the uterus .

Because of Roe v. Wade, abortion access is a legal right and can only be restricted by states after pregnancy has gone beyond the second trimester—that is, unless you live in Texas.

SB 8 is more than a pro-life vs. pro-choice issue

It focuses on when a heartbeat is detected

An ongoing debate between pro-life and pro-choice advocates is gestational development of an embryo. Recently introduced abortion laws, including SB 8, prohibit abortions after six weeks of pregnancy—when it is believed that a fetal heartbeat can be detected. Medical professionals in gynecology and obstetrics have refuted this claim. Dr. Ted Anderson, president of the American College of Obstetricians and Gynecologists, said that “pregnancy and fetal development are a continuum.” At six weeks’ gestation, the heart is completely unformed. Tissues that eventually form the heart are present, and those tissues can pulse. However, pulsating activity detected by an ultrasound that early into pregnancy is not considered a heartbeat by women’s health professionals.

While the bill’s proponents focus on heartbeat detection, those opposing SB 8 also argue that the six-week ban removes patients’ abilities to make informed medical decisions. Pregnancy isn’t usually detectable until four weeks after a missed period. Many childbearing people don’t even know that they’re pregnant at six weeks, eliminating the possibility of abortion before there’s awareness of pregnancy.

It allows people who do get abortions to be sued

Aside from the conflicting viewpoints on heartbeat detection, another significant issue is the bill’s allowance for private citizens to sue people who receive abortions, people who help others receive abortions, and abortion service providers. If someone takes an Uber ride to an abortion appointment in Texas, SB 8 allows anyone with knowledge about that person’s abortion—whether they personally know each other or not—to sue the person receiving the abortion, the doctor who performs the abortion, as well as the Uber driver. If the person suing wins the case, they could be awarded up to $10,000 plus attorneys’ fees. The only exception is that a person who impregnates someone else through incest, rape, or sexual assault cannot sue if the pregnant person receives an abortion. However, the abortion would still be considered illegal, and others in the state of Texas could sue the patient.

Many critics see the private right of action as an unprecedented “vigilante” system. The text of the bill doesn’t necessarily outlaw abortion clincs or providers outright, but it creates an enforcement structure that essentially blocks abortion access with the threat of private, costly consequences. Abortion providers in Texas claimed to be bombarded with patients trying to receive services in the days leading up to Sept. 1, and many clinics’ websites indicate that they will be closed after Sept. 1.

Some Planned Parenthood locations in Texas will remain open, as the organization provides various services outside of abortions, but the outlook for those locations is grim.

A pregnant person in Texas can only receive an abortion if a medical provider says that there is a medical emergency that necessitates the procedure. The bill doesn’t include a definition or examples of what constitutes a medical emergency, leaving that determination to the discretion of individual medical providers in Texas. This means that people electing to have abortions for non-medical emergencies will have to travel to other states in order to receive abortions by medical professionals. For people with the funds and access to do this, SB 8 is an inconvenient obstacle but not a complete barrier. Conversely, people who cannot afford to leave the state, those who live in rural areas, or those whose cases aren’t deemed emergent will not have the option at all.

This restriction opens the door for grave health consequences, as people tend to resort to their own pregnancy termination methods, like Geraldine Santoro did. In addition to risk of death, self-induced pregnancy termination can lead to hemorrhaging, severe infection, damage to internal organs, and perforation of the uterus that could require emergency hysterectomy. Historically and statistically, people of color experience these negative consequences most.

The Guttmacher Institute, the leading research organization on reproductive health, found a link between restrictive abortion laws and increased instances of unsafe abortions. Between 2014 and 2017, the Institute reported increasing rates of hospital facilities treating patients who tried ending pregnancies on their own. Restricting access to safe abortions does not decrease instances of abortions. Rather, it forces pregnant people to seek expensive, potentially life-threatening alternatives.

With the passing of SB 8, childbearing people in the state of Texas cannot receive an abortion once an ultrasound detects cardiac activity, unless there is a medical emergency. Although SB 8 only applies to residents of Texas, the bill could have the effect of restricting abortion access across the country. The Supreme Court’s decision in Roe v. Wade—abortion before fetal viability is legal in the U.S.—is common law. Put simply, common law is law that’s determined by court opinion and ruled on by a judicial body. This is separate from statutory law, which is law that is presented as a bill, then voted on and passed by legislators (think “I’m Just a Bill” from School House Rock).

The law-making structure in the U.S. allows greater enforcement of statutory law over common law. Here, SB 8 (statutory law) nullifies the enforcement of Roe v. Wade (common law) in Texas, setting the stage for other states to soon follow suit. Many state abortion laws are already poised to change this year, but SB 8 could be the push other states need to further limit abortion access. Typically, once a bill successfully passes in one state, it clears the path for other state legislatures to take a similar course.

Roe v. Wade is still the law of the land, except if you live in Texas, and is generally used as the framework for state-specific abortion laws. You can check current abortion access in your state using this Planned Parenthood tool.

At the national level, the Supreme Court still has a say in whether or not abortion access will continue being legal across the United States. When the Court returns from summer recess, it will hear Dobbs v. Jackson Women’s Health Organization, a case challenging a Mississippi law that outlaws abortion after 15 weeks’ pregnancy and directly calls for the overturn of Roe v. Wade. A decision on that case is expected in early 2022. With five conservative and four liberal justices ruling and pro-life ideology being traditionally conservative, abortion access is expected to take major hits. If the Court rules to end or severely limit Roe v. Wade, 10 states have “trigger laws” in place that would automatically make abortion illegal in those states.

SB 8 is being argued in federal court under Whole Woman’s Health v. Jackson. The Supreme Court’s refusal to block enforcement of the law earlier this week suggests that the justices will take a conservative stance on abortion access. Local organizations like Avow Texas and national organizations like the American Civil Liberties Union (ACLU) have taken up the issue and continue to fight for legislative and social changes.

Rep. Judy Chu (D-Calif.) and Sen. Richard Blumenthal (D-CT) introduced federal legislation, the Women’s Health Protection Act, that would make Roe statutory law. Remember, statutory law takes precedence over common law. House Speaker Nancy Pelosi announced that the U.S. House of Representatives will vote on the act when they return to session later this month. If it passes the House, the act will move to the Senate for vote. If it is passed in the Senate, it will go to President Biden’s desk for official signature and enactment.

It is expected that Republicans in the Senate will delay the vote in order to prevent the Women’s Health Protection Act from passing, so there is still a long road ahead. In the meantime, individuals can donate to Avow Texas, the ACLU, and Planned Parenthood to assist these organizations with research, medical care, and advocacy funding.