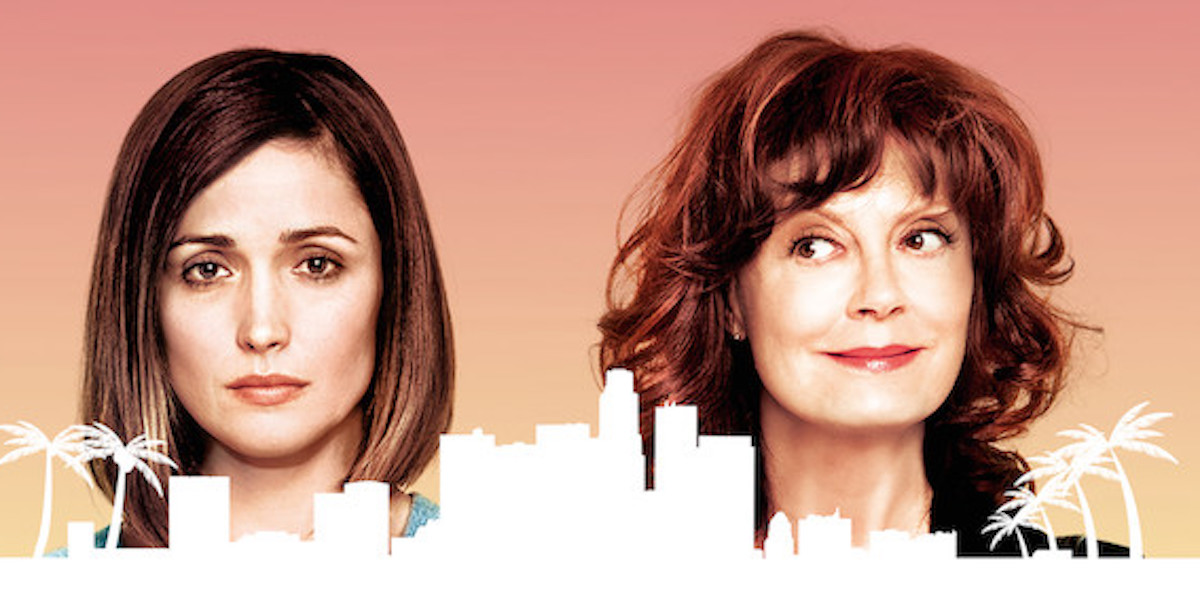 
Three words, 12 letters, say it and I’m yours: new on Netflix. My affinity for falling head over heels for a brand-new series or film started long before the birth of the streaming service as we know it. Instead, it is deep rooted in my childhood-based Friday trips to Blockbuster. Choosing amongst what seemed like 3.2 billion titles, narrowing my decision down to one, and snagging a strawberry Ring Pop at checkout was the pregame. Snuggling up with my favorite tie blanket, popping the VHS tape into our dusty Panasonic VCR, and watching a new (probably very mediocre) flick was the main event.

Blockbuster may be dead, but my love for compellingly fresh shows, thrilling new movies, and a worry-free Friday night on my couch remains alive and well. Saying “hello” to another month means welcoming new-on-Netflix arrivals and honey, you’re going to want to grab your popcorn for these guys:

New and Ready to Stream

Speak of The Devil, our favorite crime-comedy-drama is back with eight new episodes to round out its fifth season. If you’ve never watched Lucifer before, there’s never been a better time to start. It’s got everything you’d ever want in a series: laughs, mystery, romance, thrills, and crime-drama. What more could we ask for?

We love an inspiring underdog film and Blue Miracle is 100 percent it. When a heartfelt, selfless guardian and his kids team up with a washed-up boat captain, they compete in a lucrative fishing competition in hopes of saving their financially struggling orphanage. Prepare to laugh, smile, get a fix of adventure, and find the inspirational uplift you’ve been missing.

This new, four-part Netflix documentary tells the chilling tale of David Berkowitz, the man and serial killer known as the Son of Sam who was apprehended for eight murders spanning from 1976 to 1977. While exploring the details of the murders and the case, the docuseries also focuses on the investigations of journalist Maury Terry who believed that the convicted murderer did not act alone. If you’re looking for a new documentary that will chill you to your core, look no further.

This Netflix comedy series is back for a second season and is guaranteed to provide as much quirky comedic relief and inspo as the first. Actor and writer Ryan O’Connell stars in this semi-autobiographical, coming-of-age installment that details his life as a gay man with cerebral palsy.

We asked for a new sitcom series to make us feel at home and Netflix’s newest sitcom The Upshaws delivered in the form of an old-age sitcom format. This relatable series follows a working-class, blended family in Indiana as they find comedy in the everyday while trying to strive for a better life.

This new-to-Netflix 2015 rom-com, drama film is the perfect night-in movie that you need to add to your “to watch” list. When a 65-year-old mother loses her husband, she moves across the country to be closer to her daughter. It’s a story about love, loss, and growing relationships and is one for the books.

This real and captivating drama film originally appeared at the Sundance Film Festival in 2018 and it’s finally made its way to Netflix. The story tells the tale of Steve Harmon, an honor student whose world comes crumbling down when he is in a wrong-place-wrong-time scenario that leaves him charged with a felony murder. Monster depicts the chilling reality of Black men being guilty until proven innocent and gives a heartbreaking look at the corrupt dynamics of a racist legal system.

Halston is one of Netflix’s newest miniseries that depicts the rise and fall of American fashion designer Halston. With Ryan Murphy as executive producer, this charismatic and vibrant fictionalized tale of one of America’s most brilliant icons who, despite his wild success, was denied his ability to be happy in the society in which he lived. With bright scenes and superb acting, Halston is one that’s definitely worth the binge-watch.

Based on the 2009 comic series of the same name, Sweet Tooth is one of Netflix’s most promising new series that is filled with fantasy, thrills, and mystery. Sweet Tooth is set in a post-apocalyptic world and follows Gus, a hybrid child who is half-human and half-deer. As Gus searches for a new beginning with a trusty protector, he is hunted by those who seek to wipe out his kind.

This brilliant installment and semi-autobiographical account of comedian Mae Martin who navigates a new relationship with her girlfriend, George, as she struggles to deal with the challenges that come with drug addiction and sobriety. If you want a series that will make you feel all of the feels, Feel Good is it. We’re not kidding—you’ll laugh, you’ll cry, you’ll cringe, you’ll be angry, and you’ll be hopeful. Hop on this emotional roller coaster and we promise that you won’t regret it.

After a global event wipes out humanity’s ability to sleep, loss of critical thinking, hallucinations, hysteria, and mass chaos ensue. While a troubled ex-soldier fights to save her family, she learns the frightening fact that her daughter may be the one who has the power to save them all. The trailer alone is chilling AF and it’s one that we simply can’t wait to click “play” on.

If you’ve been waiting for the second installment of Lupin, you can finally exhale because you’re so close to getting those episodes you’ve been waiting patiently for. And if you’ve never watched Lupin? This is your sign to get started. This French mystery-thriller follows the story of Assane, who uses his mastery of thrift, disguise, and charisma to seek revenge on the family that framed his father for a crime he did not commit. It’ll keep you on the edge of your seat and leave you wanting more… so it’s a good thing that Netflix has already renewed the possibility for a part three.

If you’ve ever watched Workin’ Moms, you already know… this dark-humored take of Motherhood is highly relatable and unlike any other comedy of it’s kind. It showcases the modern-day reality of being a working mom through the lens of a Mommy and Me group and is brought to life by star, creator, and director Catherine Reitman. Whether you’re a mom or not, you’ll find humor and realness that have been successful for four whole seasons. And, boy, do we have hopes for season five.

The Home Decor French Girls Are Adding To Their Space