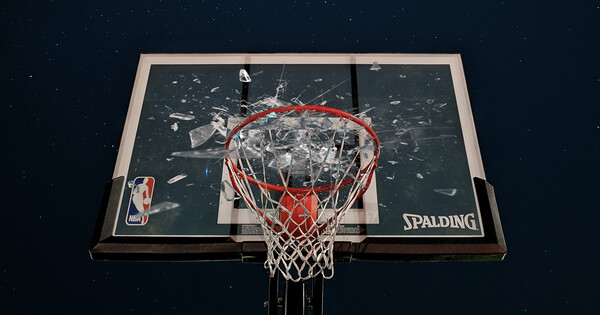 The NBA recently had itself an opportunity. With seven head-coaching jobs opening across the league, people wondered whether we might finally see the first woman hired into the role. Names like Becky Hammon—who made history in 2014 as the first woman hired as a full-time assistant coach in the NBA—and Dawn Staley—the head coach for the University of South Carolina’s women’s basketball team, as well as the women’s Team USA at the Tokyo Games—were thrown into the mix. Instead, the Dallas Mavericks hired Jason Kidd and the Portland Trail Blazers hired Chauncey Billups—both men who have been accused of violent crimes against women.

Head coaches play an outsized role in the NBA, with the ability to shape entire franchises and choose the next generation of hires who will fill the coaching pipeline for the future. Not only were both of these men hired over well-qualified women, but sports media was almost entirely quiet about the accusations against them until pressure from social media became too much. In a cringeworthy move, the Dallas Wings WNBA team’s Twitter account gave a fist bump to the Mavs’ announcement of the Kidd hire, in a tweet that has since been deleted. Bleacher Report called the hires “highly scrutinized,” while USA TODAY deemed them “controversial” and FanSided said the Trail Blazers’ hire was “unnecessarily messy.” The Mavericks hire comes just a couple of years after a Sports Illustrated investigation into the organization’s culture revealed a company-wide problem with sexual harassment. Once the floodgates opened with questions about the men’s hirings, the optics were even worse than some people had anticipated.

Chauncey Billups was arrested in 1997, during his rookie season with the Boston Celtics. A woman, using the pseudonym Jane Doe, claimed that Billups, along with a teammate and a third man, sexually assaulted her at the home of another Celtics player. Jane Doe reports being unconscious for much of the night and waking up naked, next to condom wrappers. She went to the hospital for evaluation due to pain in “her back, rectum, legs, neck and throat.” The exam found bruises on her body—the ones on her back were deemed consistent with having been dragged across a rug—as well as injuries to her throat, cervix, and rectum. No criminal charges were ever filed. “[The men’s] defense consisted of challenging the constitutionality of the law she filed under and, when that didn’t work, insisting all the sex with all the men was consensual and that Doe was just trying to blackmail the famous men into giving her money so that she wouldn’t ruin their endorsement deals,” Defector reported in July 2021, after reading more than 200 pages of documents available through a public-records request.

“We took the allegations [against Billups] very seriously,” Trail Blazers general manager Neil Olshey said at the recent press conference announcing their new hire. Olshey noted that the organization ran a background check, as they would with any head-coach candidate, and commissioned an outside investigation that “corroborated Chauncey’s recollection of the events that nothing non-consensual happened.” But when reporters tried to ask follow-up questions, they were promptly shut down; likewise, when Sean Highkin of Bleacher Report asked for more details about the investigation, he was told he would “just have to take [Olshey’s] word” that the Trail Blazers had done its due diligence. It turns out that there was a reason for the lack of transparency: As Oregon Public Broadcasting reported earlier this month, the team never even contacted Billups’s accuser. “It’s news to us that they conducted an investigation,” Margaret A. Burnham, Jane Doe’s attorney, told OPB. Indeed, how thorough could any investigation that failed to reach out to the alleged victim possibly be?

The Mavericks’ hiring of Jason Kidd sent up similar red flags. In 2001, Kidd was arrested on domestic- violence charges against his then-wife Joumana; in 2007, Joumana filed a lawsuit alleging a pattern of physical abuse, emotional abuse, and adultery throughout their relationship. Mav’s CEO Cynt Marshall said she had “long” conversations with Kidd about his past. At a press conference on July 15, she opened up about surviving abuse at the hands of her own father. When asked what she would tell victims of domestic abuse to justify hiring a head coach with a history of accusations of intimate partner violence, Marshall responded that she could share what she’s told herself. Still, Kidd’s hire raises questions about the organization’s “zero tolerance” policy regarding inappropriate behavior that was put in place following the SI investigation which, interestingly, includes “false allegations,” as well as misconduct, sexual harassment, or “anything that puts… employees in danger.”

Longstanding excuses for why women coaches in men’s sports are so rare often rely on sexist generalizations like “women can’t inspire male competitors.”

Bleacher Report’s June 28 dispatch about the hiring decisions noted that while Hammon “impressed Portland officials,” anonymous sources within the Trail Blazers organization said that “people” from the San Antonio Spurs, where Hammon currently serves as assistant coach, reported having concerns about her ability to handle the day-to-day coaching responsibilities, as well as doubts about her ability to handle delicate situations with big personalities like Trail Blazers star player Damian Lillard. But, of course, it’s not so simple. Both Billups and Kidd benefit from something Hammon never will—the bro code. Billups is friends with Olshey, the general manager of the Trail Blazers. But the bro code goes beyond concrete examples like hiring practices to more intangible ones. The longstanding excuses for why women coaches in men’s sports are so rare, for instance, often rely on sexist generalizations like “women can’t inspire male competitors” or “men would never take direction from a woman coach.” “Listening to conversations about Neil Olshey’s friendship with Chauncey Billups leads me to believe that the interview with Hammon as a finalist was all performative,” sportswriter Lyndsey D’Arcangelo tweeted. “Billups was going to be his pick all along.”

Like Hammon’s, Kidd’s coaching prowess reportedly came into question during his interview, but he is supposedly tight with Mavericks owner Mark Cuban. Meanwhile, Billups has just one year of experience as an assistant coach for the Los Angeles Clippers under his belt, while Hammon has been the assistant coach for the Spurs since 2014 and has been vouched for by the men under her tutelage. “I’ve played under two of the sharpest minds in the history of sports, in Phil Jackson and Gregg Popovich,” two-time NBA champion Pau Gasol wrote for The Players’ Tribune in 2018. “And I’m telling you: Becky Hammon can coach. I’m not saying she can coach pretty well. I’m not saying she can coach enough to get by. I’m not saying she can coach almost at the level of the NBA’s male coaches. I’m saying: Becky Hammon can coach NBA basketball. Period.” And yet, the cycle continues: Billups and Kidd will have their violence forgiven, or excused away, their basketball careers being used to justify their hirings (nevermind Hammon’s own career as a six-time WNBA All-Star and former Olympian).

They will receive the benefit of the doubt, but someone like Hammon won’t be given a chance at all. Her weaknesses are viewed as disqualifying, rather than as places where she can grow, and skills she will only acquire when she is, finally, allowed to lead a team. For women who are both victims of violence at the hands of men and fans of these teams, the hirings hurt. “It seems to me women are often asked to get over things when society in general can’t get over things that happened much longer ago,” one fan told Blazer’s Edge, a Trail Blazers blog. “Somehow they hold onto those things, but [domestic violence] and [sexual assault] are just supposed to be brushed under the rug.”

Of course, hiring a woman will not automatically fix the problems in a league like the NBA—Marshall’s excuses for hiring Kidd make that clear. And no woman should be hired just to check a diversity box, just so an organization can absolve themselves by saying they were the first, as we saw Major League Baseball try to do when Kim Ng was hired as the league’s first woman general manager earlier this year. But perhaps hiring more women into leadership roles would, to some extent, force these men’s leagues to have to take an uncomfortable look at themselves. Perhaps it would force zero-tolerance policies to actually be enforced, for there to be real accountability for men who engage in inexcusable behavior. And perhaps that’s why these jobs continue to remain just out of reach for the well-qualified women who pursue them.