The Environmental Expenses of Period Products 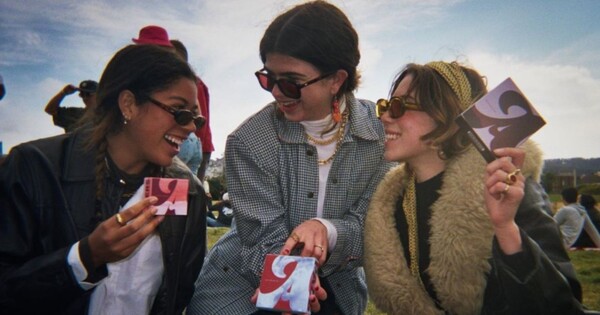 People with periods spend around $1,773 on tampons or $4,752 on pads over their lifetime. That’s about 15,000 disposable products over a lifetime, most of which will sit in a landfill for the next 500 to 800 years waiting to decompose. Needless to say, there are large costs to having a period—though, the period itself isn’t a choice. Expenses first. Twenty-two states have removed the so-called tampon tax, which requires sales tax to be paid on period products. California has only temporarily removed the tax while the other 21 states have removed it permanently, but that still leaves 28 states charging people with periods for necessary sanitary products. On top of that, people with periods in the United States still don’t know what they’re putting next to or in their bodies, since only New York requires ingredients to be listed.

It’s possible to make period products free. Scotland did it just last year with its groundbreaking legislation that declared public places, schools, and universities have to provide disposable period products free of charge. Since 2016, the U.S.-based organization Period Equity has been working hard to change these facts with three goals: no taxes, no cost, and no toxins. In 2019, a bill nicknamed the Menstrual Equity for All Act was introduced to Congress, and, though it has not yet been passed, it’s a start. The current global pandemic has brought to light just how unjust the cost of menstrual products are. Programs like I Support the Girls has increased their donations during the pandemic since they’ve seen a 35 percent increase in requests since March 2020. Similarly, the March 2020 CARES Act also designated menstrual products as medical expenses when they allowed the products to qualify for purchase with pre-tax income such as on flexible spending accounts.

All of that is good and well, but people with periods, myself included, can’t stop having periods while we wait for companies and governments to decide what to do. It’s a monthly situation, and it requires sanitation products. That’s where companies such as August, Knix, Saalt, Rael, The Eco Woman, and so many more come into play, and this list is predicted to grow over the next decade. If you go to your local drug store or grocery store, a box of Tampax tampons costs at least $4 for 36 individually wrapped tampons with plastic applicators. Organic cotton tampons, such as the brand L., can cost around $7 for 30, and U by Kotex can charge the same amount because they have compact pink, purple, and blue tampons marketed to teenagers. In other words, they’re charging buyers the pink tax for pretty colors. Forty pads also cost about $7.

To save money, some people have begun switching to reusable products such as menstrual cups, period underwear, and reusable pads that can last for up to 10 years. For example, June has been selling their menstrual cups for $6 during the pandemic. However, most reusable products have pricey upfront costs with a pair of Knix underwear costing $30-38 and a single ecopad from The Eco Woman costing $12.97-17.97. Considering periods last three to eight days every month, that’s upward of $600 for a monthly supply of reusable products, assuming you don’t reuse products while on your period. Menstrual cups come with a lower fee and the need to only buy one product. Companies such as Saalt and Diva Cup are selling their menstrual cups for $29 and $39.99, respectively. Given the close relationship with your cervix size and period flow that’s necessary to size a menstrual cup appropriately, it’s not surprising that users might have to try multiple cups before finding the one that’s right for them. Not taking that expense into mind and assuming that people keep the cups for the 10 years they’re slated to last, that’s at least $80 over a lifetime.

For those who can afford it, the environmental impact is worth it, but what about those who can’t? What about people who don’t have consistent access to clean, running water, which makes disposable products the most hygienic option? Among other companies, August and Rael are attempting to answer these questions. August is a subscription-based company with options for delivery every month or every three months to reduce waste because less packages means less packaging. They also give you the option to make a one-time purchase. August provides users with disposable panty liners, pads of varying sizes, and tampons of varying absorbency. Rael is a monthly subscription service as well as a one-time purchase company. They sell disposable and reusable period products as well as skin care products and heating patches.

Both are small businesses that attempt to be transparent in their materials, money, and products. Rael is owned by three women originally from South Korea, and they use South Korean technology to create their products. Both companies want to establish a culture, movement, or lifestyle, as they call it, around periods that include education and giving back to communities. Rael is even partnered with the aforementioned I Support the Girls, and August partners with the nonprofit organization No More Secrets, Mind Body Spirit Inc. That said, they’re still businesses, and their goal is to sell products. And sell them they do: August charges $11 for 16 regular tampons, which is a bit more than Rael who charges $7 for 16 regular tampons, with the option to subscribe and save 10 percent. Those costs will continue to add up over a buyer’s lifetime, though with a smaller landfill contribution.

Considering periods last three to eight days every month, that’s upward of $600 for a monthly supply of reusable products, assuming you don’t reuse products while on your period.

Plastic was introduced to period products in the ’70s as a way of individually wrapping products for sanitation purposes while making them quieter and thus more discreet when unwrapping them, especially in public places. However, the plastic packaging and the plastic applicator are then tossed into landfills. Rael and August recognize their environmental impact as companies who sell disposable products. August claims to be a carbon-neutral company with recycled packaging, biodegradable pads and tampons, and, when rinsed, recyclable tampon applicators. Both companies use organic cotton in their pads and tampons. Though cotton production too pays a hefty price. It requires around 1,500 liters or 396 gallons of water to produce 18 tampons, but August uses 91 percent less water than average in their cotton production, reducing their environmental impact.

Rael too considers their investment in plastic. They give users the option to buy BPA-free plastic, plant-based, or cardboard tampon applicators with no price variation. Biodegradable products, like the latter two options, are better for users because there are fewer chemicals like bleach and fabricated fragrances that could cause inflammation, allergic reactions, and possibly cancer. Reducing plastic also reduces your carbon footprint as plastic production uses fossil fuels and releases CO2 into the atmosphere. Bottomline: It’s still expensive. It doesn’t matter what company you buy your products from or how few products you buy each month. The lifetime cost of having a period is an unnecessary amount given that people cannot choose to have periods. The United States probably won’t see free period products in the next year or even the next few years, and if we do, we can’t be sure our governments won’t sign contracts with big companies like Tampax that use plastic.