If You Have Eyes, You Will Love This Valentino Couture Collection 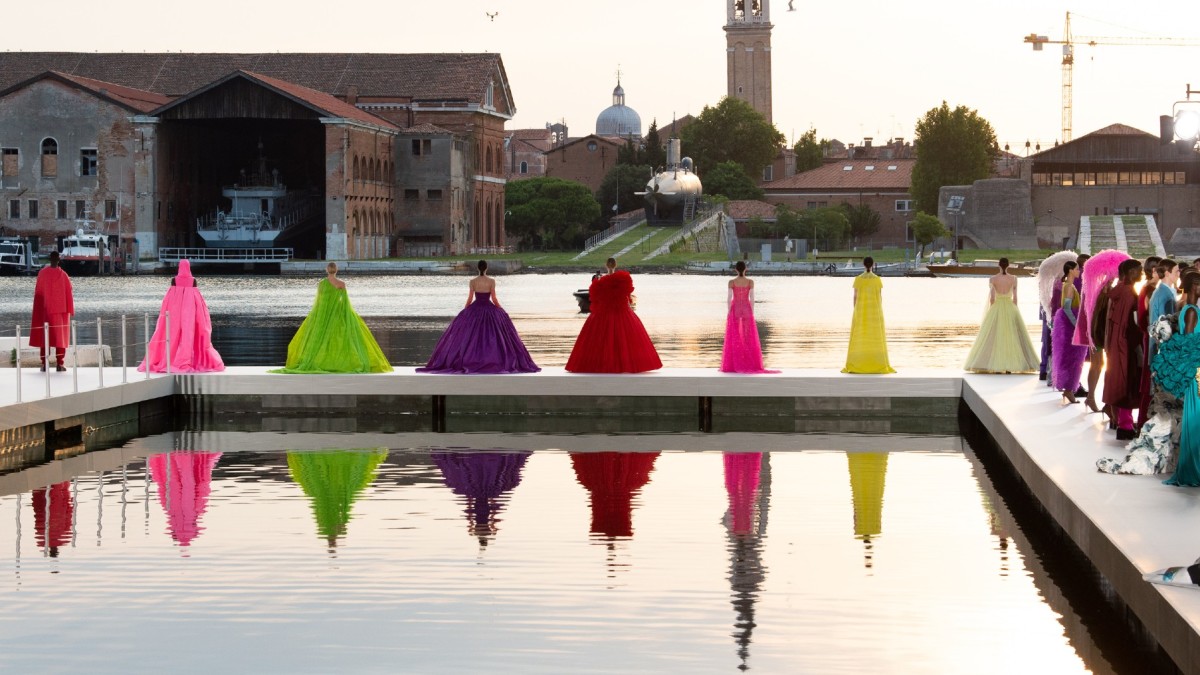 
While it would be politically unwise to admit it in mixed company, every fashion week has that one show that everyone looks forward to the most, the one that can be relied upon to spark joy and provide editors and buyers with a momentary escape from their exhaustion and jadedness. During Paris couture season, I think it’s fair to say that, for many, it’s Valentino. And for Fall 2021, Creative Director Pierpaolo Piccioli did not disappoint. In fact, he may have topped himself.

While looking through photos of Piccioli’s latest offering, I experienced the sort of real emotion that usually only comes up during in-person shows, and extremely rarely even then. I was blown away, in awe, excited, inspired. Had I been there in-person, I imagine I could’ve been moved to tears. “Wow,” “I mean…,” “Jesus,” and “Are you kidding?” are the incredulous words and phrases that popped into my head as I watched.

Each look felt like a work of art, with every detail just as considered as its overall effect and presentation. And that’s no accident: Piccioli invited a group of painters into the atelier to collaborate on the collection for an experimental project dubbed Valentino Des Ateliers.

“Relying on the alchemical process of the Atelier work, and therefore on the hands of other makers, focusing on listening and slowness of process, Pierpaolo Piccioli translates the color layering, the signs, the backgrounds, the full and empty portions into lines, cuts, compositional gestures, involving each artist in a conversation entre deux on the dress itself,” reads a press release. “The result is a collection of dialogues in which a new identity emerges from the confrontation of two, and is captured in the dress.”

While the release did clarify that Piccioli does not believe that fashion itself can be defined as art, the designer did take to heart the idea that couture should be the ultimate expression of fantasy and creativity. This also inspired the show’s location, Venice, a city that he says, “genuinely and spontaneously generates vibrations on art, theatre, music, architecture, cinema, and everything that has to do with creativity.” La Biennale di Venezia at the Gaggiandre of the Arsenale provided a beautiful, but not overpowering, backdrop for the runway.

Technically, the collection’s reveal missed the deadline of the official couture calendar (though, evidently, the Fédération de la Haute Couture et de la Mode can grant extensions), but it was clear that the extra time was used wisely. Something about this collection felt especially thoughtful and not rushed.

The superb craftsmanship we’ve come to expect from Valentino was there, but the standout feature this time was color: There were colors that, if handed to me on a swatch of fabric would have blown me away — but on a Valentino couture gown? Insane. It was also the genius ways in which the team combined colors, or played with different shades or textures in tonal looks. Coordinating accessories like opera gloves and the famous jellyfish hats, as well as pigmented eye-makeup, gave every look a sense of thoughtful completion without taking them over the top. That being said, Piccioli also showed a handful of quieter, muted hues that proved he wasn’t using color as a clutch, and showcased some gorgeous draping and tailoring. All of it truly lived up to everything haute couture should be — and then some.

I could go on and on about this collection, but, like most art, it’s way more fun to see it than read about it, so browse it all in the gallery below. In fact, I’m going to go look at it again myself.

See the complete Valentino Fall 2021 Haute Couture collection in the gallery below:

11 Skincare Products a Dermatologist Would Get From CVS