This TikTok Star’s First-Ever Podcast, Downloaded Over a Million Times, Knocks Dave Ramsey’s and Joe Rogan’s Down the Chart 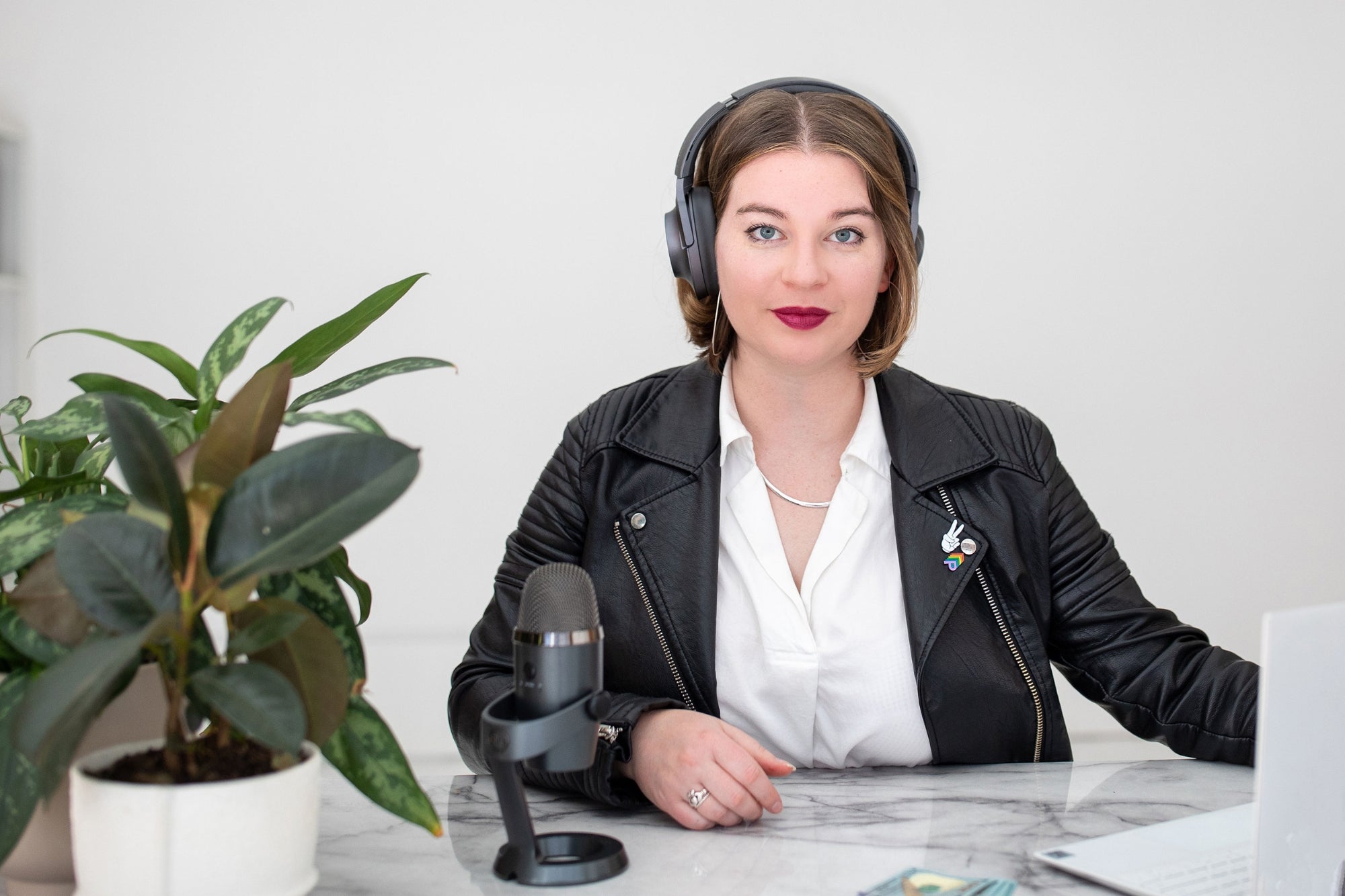 Social-media star and multimillion-dollar business owner Tori Dunlap first made headlines when she chronicled her successful journey to save $100,000 by the age of 25. After an appearance on Good Morning America, Dunlap left her marketing job to focus exclusively on helping women take control of their financial futures with her company, Her First $100K. This past June, Dunlap added another milestone to her fast-growing list of accomplishments: wrapping the first season of her podcast, Financial Feminist, which has achieved a level of success exceeding her team’s most ambitious expectations.

Financial Feminist launched on May 17, 2021 and hit No. 1 on Apple Business charts within its first 72 hours. At its peak, the podcast reached No.16 on all Apple podcasts, surpassing Dave Ramsey, Joe Rogan, Ben Shapiro and NPR. It also exploded on Spotify, consistently ranking in the top 10 business podcasts — often holding the No. 1 spot. Today, Financial Feminist has been downloaded over a million times.

Over the course of the podcast’s eleven episodes, Dunlap covers a range of critical financial topics: multi-level marketing, the racial wealth gap, sustainability, the cash-bail industry, investing for women and more. Short episodes with actionable steps, which allow Dunlap’s financial expertise to shine, alternate with longer, hour-plus conversations with other industry leaders. That variety was very intentional, Dunlap tells Entrepreneur. “We wanted to shine a light on the amazing work guests were doing while also giving people actionable pieces of homework,” she says.

Related: This TikTok Star, Who’s Made $1 Million in 2021, Tackles the ‘Taboo’ Topic of Money and Reveals the Major Flaw in Dave Ramsey’s Approach

“Typically when I make goals, I know that I can achieve them, even if they’re crazy”

Recording a hit podcast is impressive in its own right, but it’s also worth noting that Dunlap and her team pulled it off without a production company or talent agency. The entire show was produced internally for less than $10,000, and Dunlap only purchased one special piece of equipment for the project. “This was it,” Dunlap says, pulling the $99 blue microphone she bought on Amazon into the frame. Fortunately, she did have an audio engineer and editor, who produced the show’s theme song, to consult with, helping her navigate Zoom and other logistical issues.

Dunlap and her team began considering a podcast in late 2020. It was the natural next step to serve her growing audience, which sits at two million and counting today. “TikTok is a great medium in terms of virality, connecting with people, growing our audience and educating people,” Dunlap says. “But it’s really hard to have a nuanced conversation about money and explain topics in depth in 60 seconds. We’d played with the idea of doing a podcast before, but that was the big catalyst, and just realizing that there are so many things to talk about when it comes to personal finance and how it relates to systemic oppression.”

Even though Dunlap had a proven track record on social media, breaking into the podcast space was a challenge. Without previous experience releasing a podcast, Dunlap and her team found it difficult to give would-be sponsors an estimated number of downloads. Still, she and her team ballparked an ambitious number, then “blew that out of the water.”

“I wrote in my journal that I wanted to have a top 20 business podcast,” Dunlap says, “and typically when I make goals, I know that I can achieve them, even if they’re crazy. But that was one where I was like, ‘We’ll see.’ I didn’t know that I’d get anywhere close, but within 72 hours of releasing the first episode, we’d usurped Dave Ramsey for the top business podcast.”

Related: Why Finance Would Be Better Off With More Women Leaders

Unlike many of the popular business podcasts that Financial Feminist has knocked down the charts, Dunlap’s show approaches personal-finance conversations from a more nuanced perspective. “We’re not just talking about the individual choices that you can make to better your money,” Dunlap says. “Because, unfortunately, those are limited. We’re talking about these larger systemic issues that keep women and other marginalized groups from building wealth or from creating businesses or from paying off their debt or from having choices. So many people, especially women, are coming to me and saying this makes so much sense.”

The support from Dunlap’s community of followers was strong from the start; even before the show’s first episode aired, Financial Feminist was inundated with positive reviews. But of course, a few listeners left negative comments, which Dunlap has come to expect. “This happens all the time in my work,” she says. “I’m dealing with the criticism from men who say it’s too feminist. And I’m like, it’s called Financial Feminist. What do you want? What were you expecting? You came here. And 99% of the comments are great, but there’s always the one dude who’s like, ‘This world was built for me, and this podcast wasn’t, and I don’t like it.’”

But many people are more than ready to have these conversations, as the pandemic and the resurgence of the Black Lives Matter movement have powerfully reinforced the reality of systemic inequality within the U.S. “There is unfortunately only so much work that I can do as an educator,” Dunlap says. “Because if somebody comes to me and says they don’t have money to save, I can’t help them. It’s a larger issue, and that’s why my work tries to do both. I can’t just tell you how to pay off debt and save money without also telling you to vote, donate to causes you believe in if you have the means to, protest if that’s something you want to do, have conversations with other people, lift other people up. Let’s talk about changing these larger systems.”

Related: The Black Female Funding Gap and Those Who Are Changing the Tide

The first season of Financial Feminist may have come to a close, but Dunlap fully intends to keep these necessary personal-finance conversations going. Ultimately, she hopes to not only replicate season one’s success, but also to elevate the show, with the goal of expanding her internal team to include members solely responsible for managing the podcast. Dunlap says to expect season two in 2022, but until then, fans can binge Financial Feminist’s first season again and get excited for Dunlap’s book, also titled Financial Feminist, forthcoming from HarperCollins.

Dunlap plans to spend this September and October abroad, working on her manuscript in the French countryside and Italy, enjoying what is sure to be an ideal combination of wine, cheese and, of course, personal finance.

Pull a Beyonce, Ladies — Own Your Worth | by MonalisaSmiled | Fearless She Wrote | Jul, 2021

How Your Makeup Routine Should Change in Your 30s