This Entrepreneur Went on a Reality Dating Show. She Didn’t Find Love, But She Did Find a New Career Path. 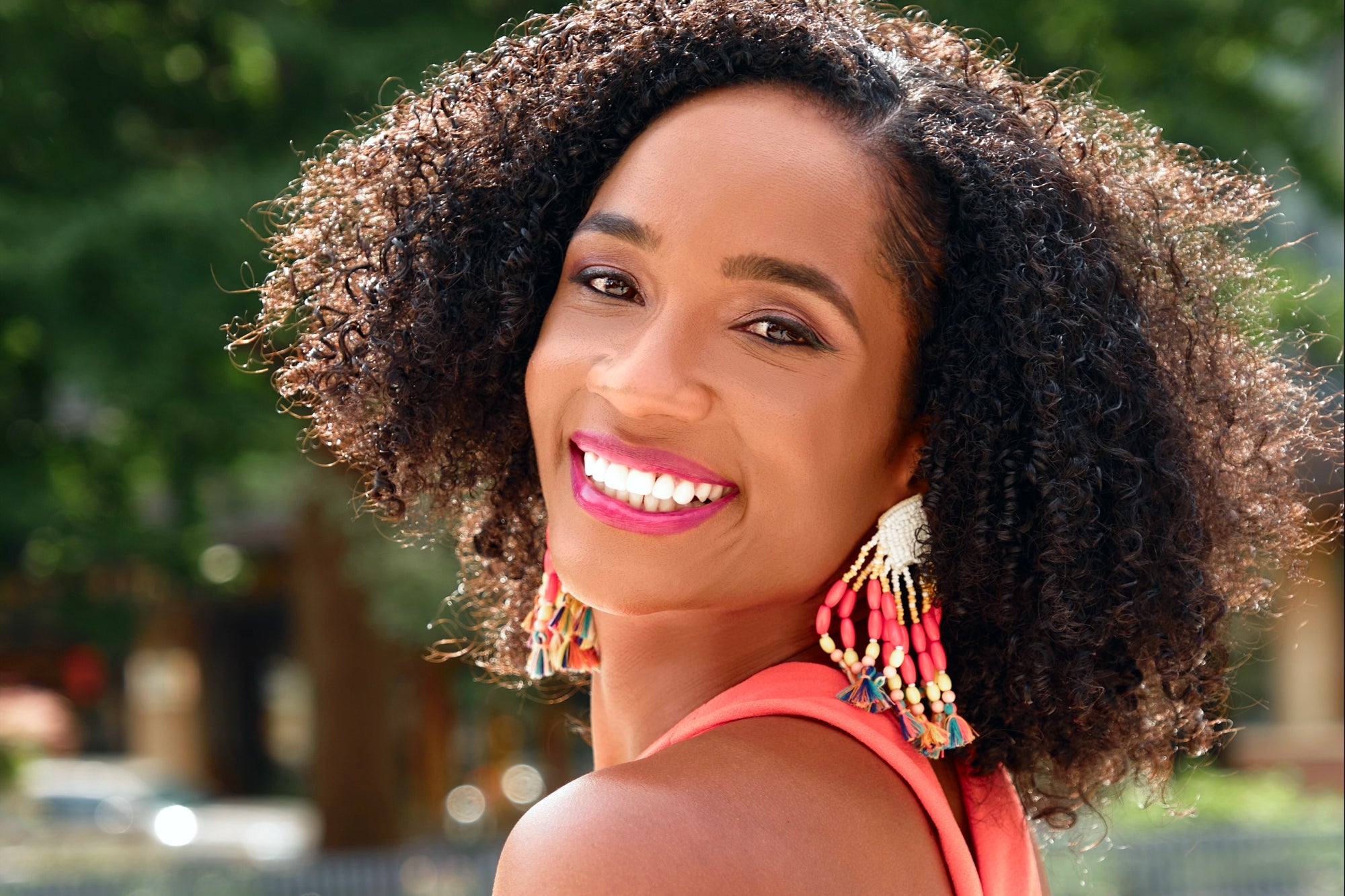 When Tennesha Wood moved to San Francisco after nine years in the Army, she landed a job in sales and began to explore the online dating scene. It was 2010, and searching for love online involved logging into a website on a computer, not swiping on the many apps people have on their mobile devices today. “I met a lot of really great guys that way,” Wood says. “But not everybody you meet is going to be your Prince Charming forever, and there are some frogs in there. Most of the guys I met were really cool — they just weren’t for me. There wasn’t that spark and chemistry.”

The men Wood met weren’t necessarily right for her, but that didn’t stop her from seeing their potential for someone else, and so she started to exercise her matchmaking muscles. “So I kept in touch, and when I met girlfriends, I would connect them,” Wood says. “Once I moved to New York City, I kept doing that until I became that person that friends would always ask, ‘Hey, do you know anybody?’”

In New York, Wood continued to explore different pathways to love — she even went on a reality dating show in 2015. Wood was in a new relationship when she joined the cast of Black Love, which followed five professional Black women who were all in different stages of dating. Though Wood’s relationship at the time didn’t last, her interest in navigating the space of love and relationships, and ultimately helping others do the same, did.

Last year, she finally took the leap into professional matchmaking

Wood began taking on clients, coaching them on the ins and outs of dating and helping them perfect their online profiles. She also launched her popular podcast, Dating, Relationships, and Love (DRL). And, last year, she finally took the leap into professional matchmaking. Wood founded The Broom List, the first and only matchmaking firm dedicated to pairing educated, marriage-minded Black professionals.

The Broom List requires its members to be at least 28 years old, have a minimum of a Bachelor’s degree and earn $75,000 or more per year. They should be ready for a long-term relationship too. Inspired by the tradition of “jumping the broom,” The Broom List celebrates Black love and those prepared to commit to marriage, and it also aims to combat the declining marriage rate within the Black community.

“There are a lot of benefits that come with marriage that we don’t often think about.”

Many people don’t realize the extent of marriage’s economic implications. “People that are married tend to have higher household incomes, higher education, better overall health,” Wood says. “So there are a lot of benefits that come with marriage that we don’t often think about. And I wanted to help with the broader economic impact. So my vision was, ‘What if we bring two Black people together that are educated and doing amazing things in their career? That means they’ll have children as their legacy to continue to push that mission forward.’”

“You sit down on that date, and sometimes you have no idea what this person wants … I wanted to elminate that uncertain piece of it.”

Of course, establishing those lasting legacies starts with a first date, and Wood wants to take some of the frustrating guesswork out of the process. “You sit down on that date, and sometimes you have no idea what this person wants, who they are, if they want the same things as you do, if they’re on this date for the same reason that you are,” she says.” “And a lot of the time it can be a waste of time. I wanted to eliminate that uncertain piece of it.”

To make sure those she’s matching are on exactly the same page, Wood has her clients undergo a thorough application process, which includes a two-hour video call covering a range of critical topics: everything from would-be matches’ family backgrounds, relationship histories and religions to how they navigate communication, therapy, sex and finances. Next comes the home tour.

“So MTV cribs style, I have them show me around their house,” Wood says. “Because there’s a certain point when — and men will often say this — they’re ready to have that partnership because everything in their life is ready. And seeing somebody’s home often helps to determine readiness, but also I think your home is your most intimate space, and it’s the one that you have the most control over. So it’s often very reflective of the things that are truly important to you.”

Wood also completes a reference check, where she speaks with potential clients’ friends and family members. Once she’s gathered all of the necessary information, she can get to work making the match — and planning the first date. The initial meeting is tailored to clients’ interests; Wood notes that some active clients enjoy indoor rock climbing, axe throwing and paint and sip activities while others are more inclined to simply go out for dinner and drinks.

After the date, one of the most important aspects of the process is the feedback call, where Wood shares what the client’s date had to say about the experience. “Sometimes people aren’t even aware of the things that they’re saying or doing on a date that can sometimes be off-putting,” Wood says. “I think it really helps me to help people and help clients to sell themselves a little bit better and understand what the important things are to talk about and what not to talk about. Because you don’t get to see yourself on a date. You never really get that other side.”

Related: How Entrepreneurial Singles Can Build a Business and Still Find Love

The Broom List makes matches wherever there are interested clients in the U.S., but it enjoys the most popularity (and guarantees in-city matches) in New York, D.C., Chicago, Atlanta, Houston and, most recently, L.A.

In the year since The Broom List’s inception, three couples have already entered into relationships, one of which began after just the first date. “I’ve always loved love, always loved partnership,” Wood says. “And so that’s how I wanted to empower Black people: by bringing two really amazing Black people together and making great things happen.”

Hunting for the Perfect Date Isn’t a Numbers Game, Here’s Why | by Phoebe Kirke | The Secret Society | Aug, 2021