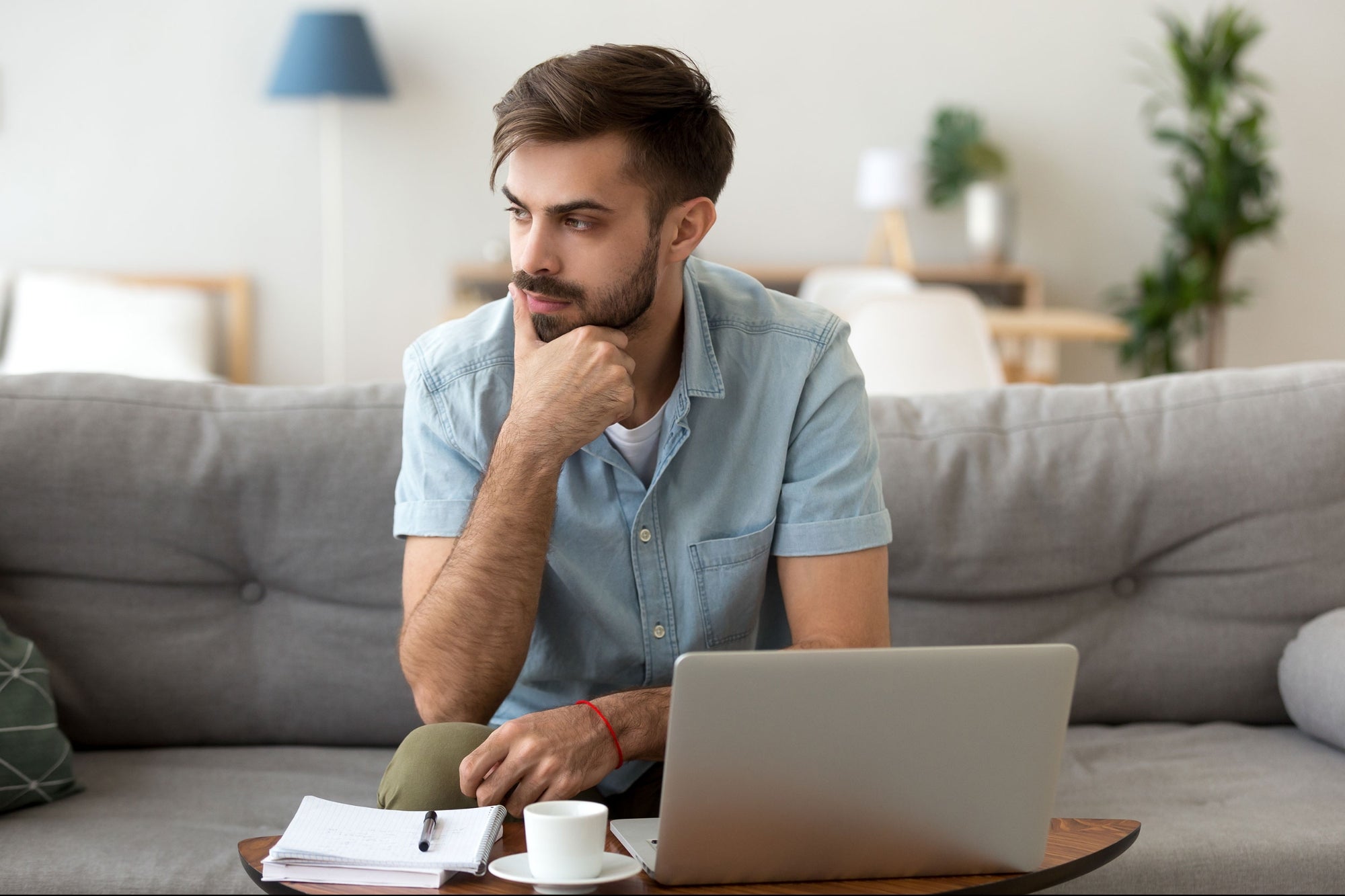 Opinions expressed by Entrepreneur contributors are their own.

“The higher your tolerance for suffering, the lower your standards.”

I first heard this quote about standards when a coach offered it to me in a session, closely followed by, “Iona, you’re that special. No one escapes being human.”

Needless to say, I did not like her tone. Worse, I felt exposed and vulnerable.

And women who have identities built on being strong don’t like to feel vulnerable.

It reminded me of a winter trip I’d taken with my partner earlier that year. We were sitting in a dimly lit Spanish restaurant in Amsterdam sharing a delicious bowl of seafood. Delicious, until the rancid taste of the third mussel filled my mouth with what I assume doom tastes like.

I was in for a rough night. I ended up pulling a muscle from vomiting.

While not quite as physically offensive as food poisoning, challenging our assumptions around what being a strong woman with high standards actually looks like can be deeply uncomfortable.

Especially if we’ve been lying to ourselves.

Related: How to Overcome Perfectionist Paralysis

The invisible struggle of high-functioning women

If you’re anything like me, you self-identify as a strong woman. People would stick a high-performing label on you in a minute. You’re the one that gets it done. If there were a company poll about the temperature of your blood and the material that makes up your back bone, the answers would be cold, and steel accordingly.

No one is worrying about you. They’re too busy relying on you!

That’s a good thing, right? In the short term, yes.

You’re also not a robot.

There is a shadow side to being a woman with a high tolerance for work who has built an identity on executing perfectly. Every. Single. Time.

When our strength is not balanced with a healthy appetite for vulnerability and comfort in imperfection, we end up locked in a loop of the worst and most destructive kind of suffering: the invisible kind.

Are you a Ghost?

A year ago, I coined the term “Ghost Women” to describe the invisible suffering so many high-functioning women experience.

Try this on and see if it fits: As a Ghost Woman, you’re too good for your own good. “Naturally gifted” is something you heard a lot growing up. You’re the one no one worries because you are smart, talented, and strong. You read “F*ck Feelings” a while ago. It resonated.

You are the go-to, sure-fire person for everything. And you can’t say no because the truth is, when pushed, you can do it all. That client account that just burst into flames? You’ve got it. That last minute design request at midnight? Handled. The big pitch next week? You’re closing it.

The assumption others make about you, consciously or otherwise, is that your competence makes you waterproof to any kind of normal human suffering. The reality is that the combination of your strength and other people’s assumptions that you don’t “feel things” the way others do gaslight and dehumanize you.

Your tolerance zips your mouth shut and makes any admission of struggle impossible; it’s an assault on your identity. There is no space for warm and fuzzies. You are a monolith.

You’ve spent your whole life constructing this armour, and now you’re trapped. The quality and quantity of your output has been so high for so long, your poker face so convincing and your tolerance for suffering so extreme, you are welded to the nightmare you’ve created. A “perfect” one.

And in a world that rewards wolves and profits from your tolerance for suffering, the ways you shine are abundantly rewarded and reinforced. In contrast, the ways you struggle are invisible to everyone else. You hide in plain sight.

A Ghost Woman feels compelled to keep it this way. No matter the cost.

You’re paying with your life.

Related: Is the C-word Ever On-Brand? It Was for My Business.

The higher your tolerance for suffering, the lower your standards

I was bristling the day my coach questioned if my standards for myself were actually embarrassingly low.

She couldn’t be talking about me! Division 1 All-American? Double bodyweight squat? Less than 10% body fat? The perfect girlfriend who doesn’t whine and moan like other women? Creative director? Loved and feared by my boss?

My entire life, career and identity were based on believing, and operating, on the opposite principle. I wasn’t a mere standard-setter. I was a bar-raiser. And the people around me, especially my seniors and superiors, endlessly reinforced and rewarded my methods of operation.

The formula was simple. Dominate whatever arena you step into. Work hard. Keep your standards and expectations of yourself unreasonably high. Always feel like you’re kind of failing because shame is a powerful mobilizer. Impress people. Ideally intimidate them a little. Get what you want.

I also had major depressive episodes (more like years), what many would classify as an eating disorder, an inability to stay asleep at night and no period. There were endless days where I felt like I was running on freaky electric energy that wasn’t my own, only to crash into a numb ball of nothing on Sundays.

The irony? I was oblivious to how low my standards were for my well-being because I was blinded by my reputation at my job as a creative innovator, at the gym as a bad*ss and by the men at GNC who remarked that I looked ridiculously lean and muscular “for a woman.”

And I loved it.

But I eventually broke.

I’m Scottish, so it’s not in my nature to be dramatic. When I tell you I broke into a million pieces and had to find a new way to be “me” I am deadly serious.

No one escapes being human

They’ve all been gaslighted, in vastly different ways, by their ability to suffer.

They find themselves in a Catch 22. They’ve hit an invisible bottom and know something has to change. At the same time, they’re allergic to vulnerability and feel trapped in a hell of their own making.

There are so many reasons strong women feel they cannot admit to even a blush of vulnerability. In my next article, I’ll share some of the common masks women wear to maintain their strong facade and tools to help you start to explore your own relationship with strength, standards and invisible suffering.

In the meantime, stay away from shoddy-looking mussels. You don’t need more unnecessary suffering in your life.

What If You Could Know the Exact Moment You’d Meet Your Soulmate? | by Antonelle Cara | Curious | Jul, 2021

Black Foodways, Black Women, and Netflix’s ‘High on the Hog’